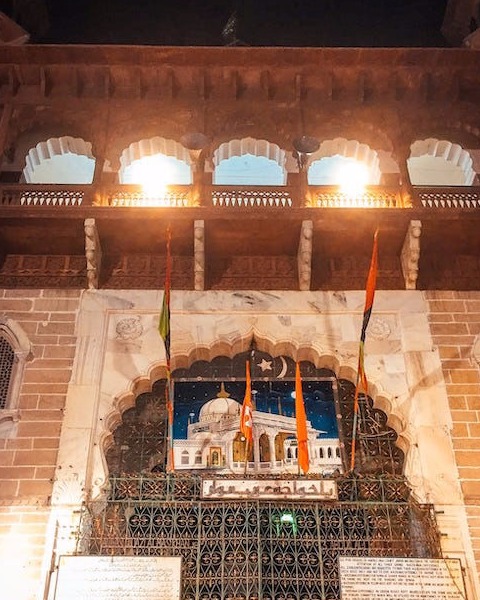 The main gate of Dargah Sharif was erected by Mir Osman Ali Khan, The Nizam of Hyderabad Deccan. 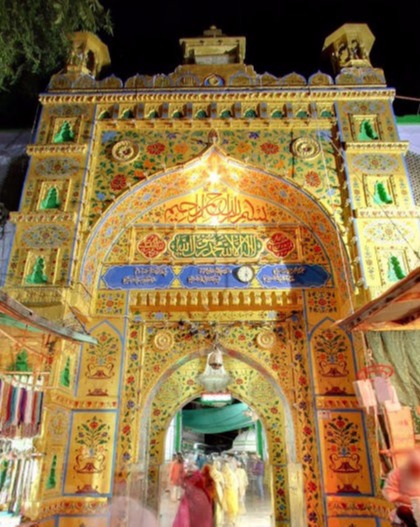 The gate was erected by mughal emperor Shajahan. This gate was the first gate before erection of Nizam gate. Upper side of this door two different drums are placed which plays as nobat (a musical sound). 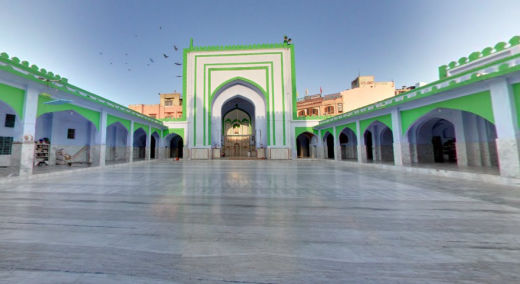 This mosque was erected by Akbar. 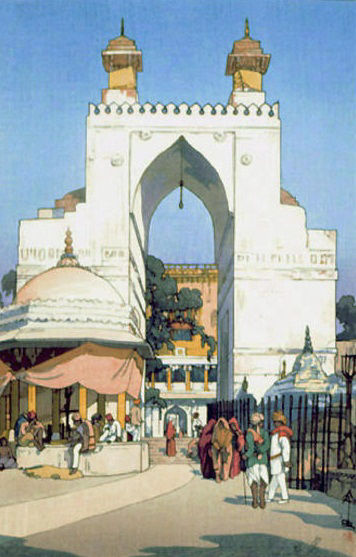 This door was erected by Mehmood Khinji . Before the commencement of Urs Sharif a flag is hoisted on top of this gate with grand ceremony on the 25th Jamadussani for ushering the ‘Urs’ of Khwaja Garib Nawaz (R.A.). 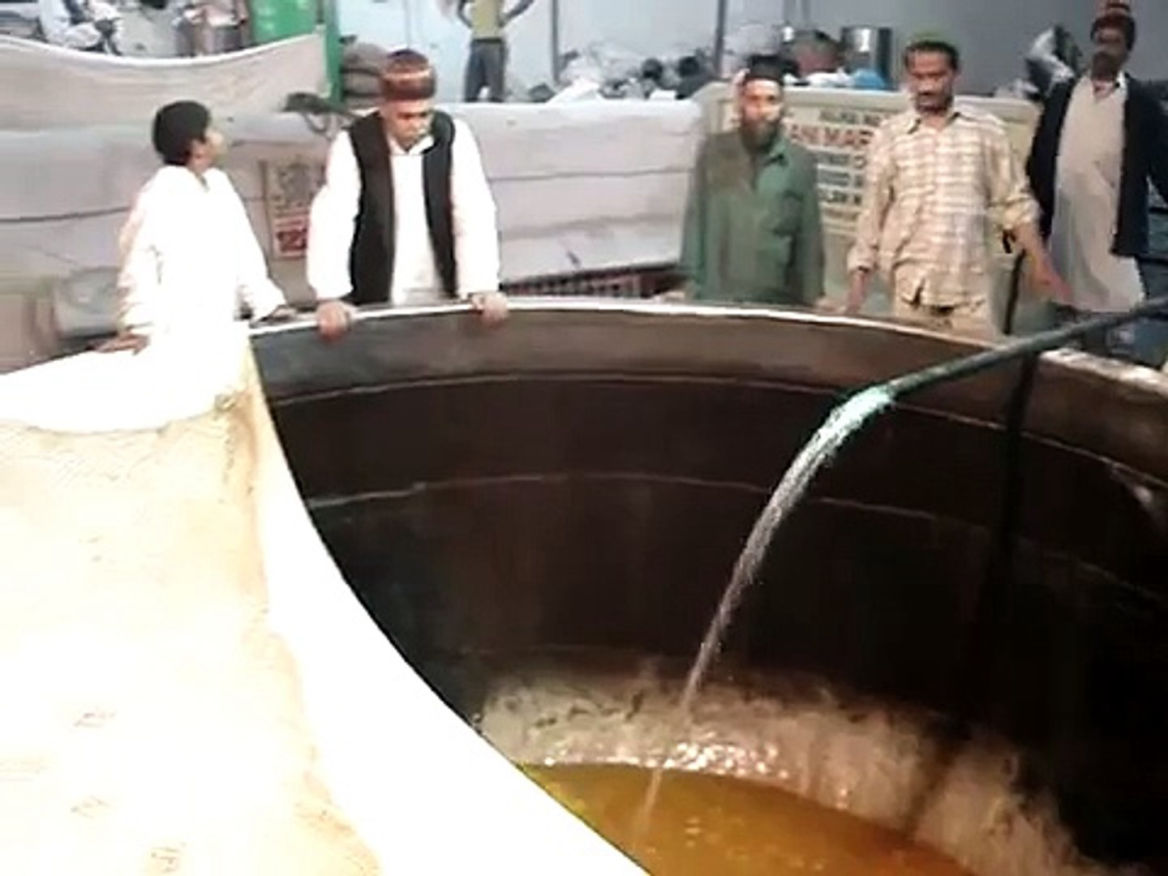 This Deg was presented by Akbar the 3rd Mughal Emperor. 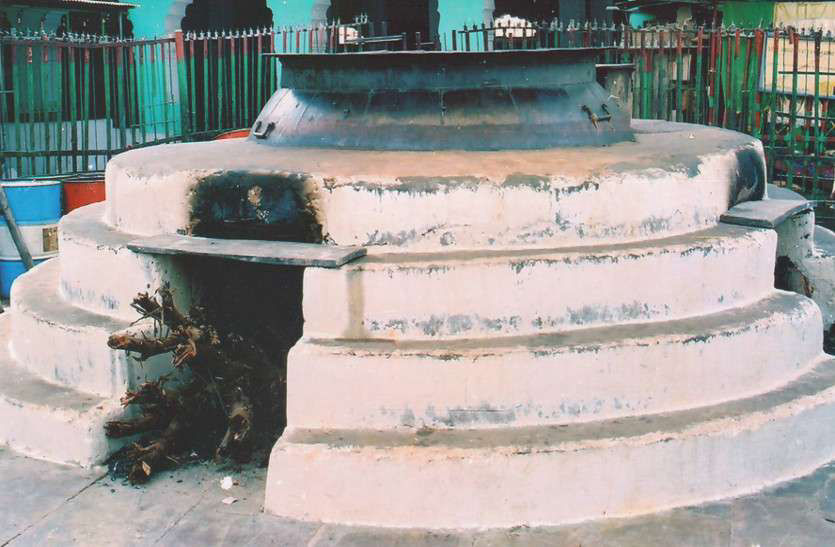 This Deg was presented by Jhangir the 4th mughal emperor through his father. 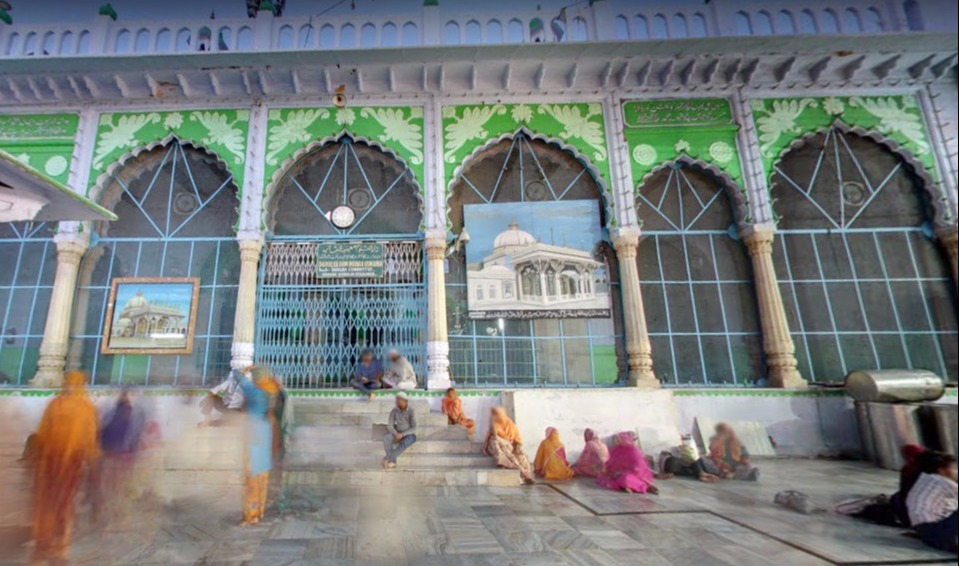 This hall was built by Nawab Bashir -ud- Dowla from Hyderabad Deccan in 1888-91 A.D. This spacious hall is 46 feet square with a gallery of 14 feet running around it. It is used for 6 days only during the annual Urs for religious ‘Mahfils’ in which Qawali is the chief item of programme commencing at 11 P.M. and ending with Fatiha (a relifious ceremony) in the early hours of morning at 4 A.M. 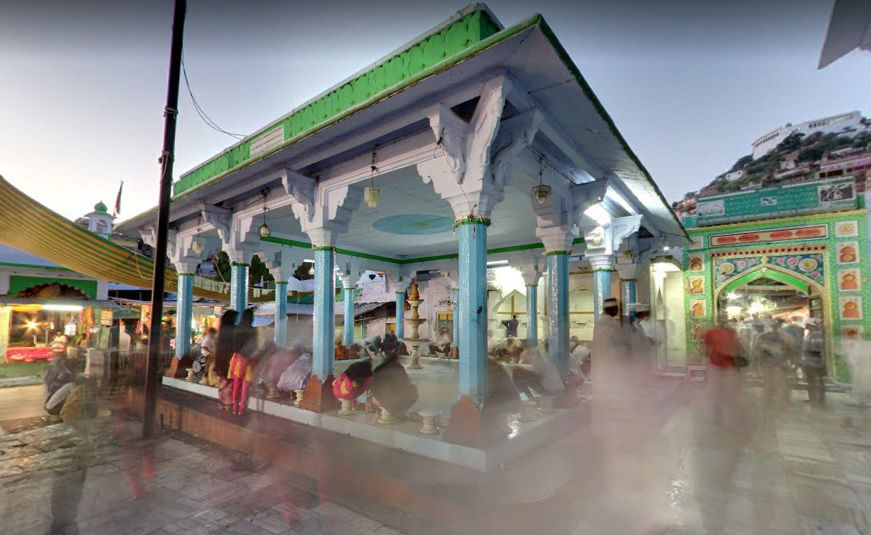 This tank was erected by Queen Mary’s. 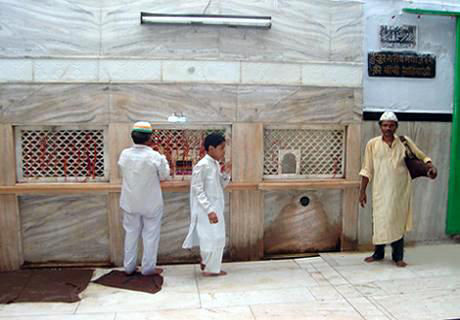 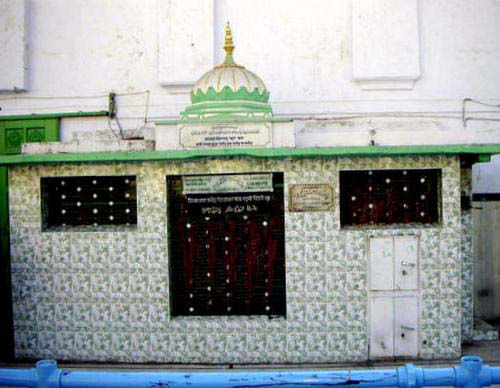 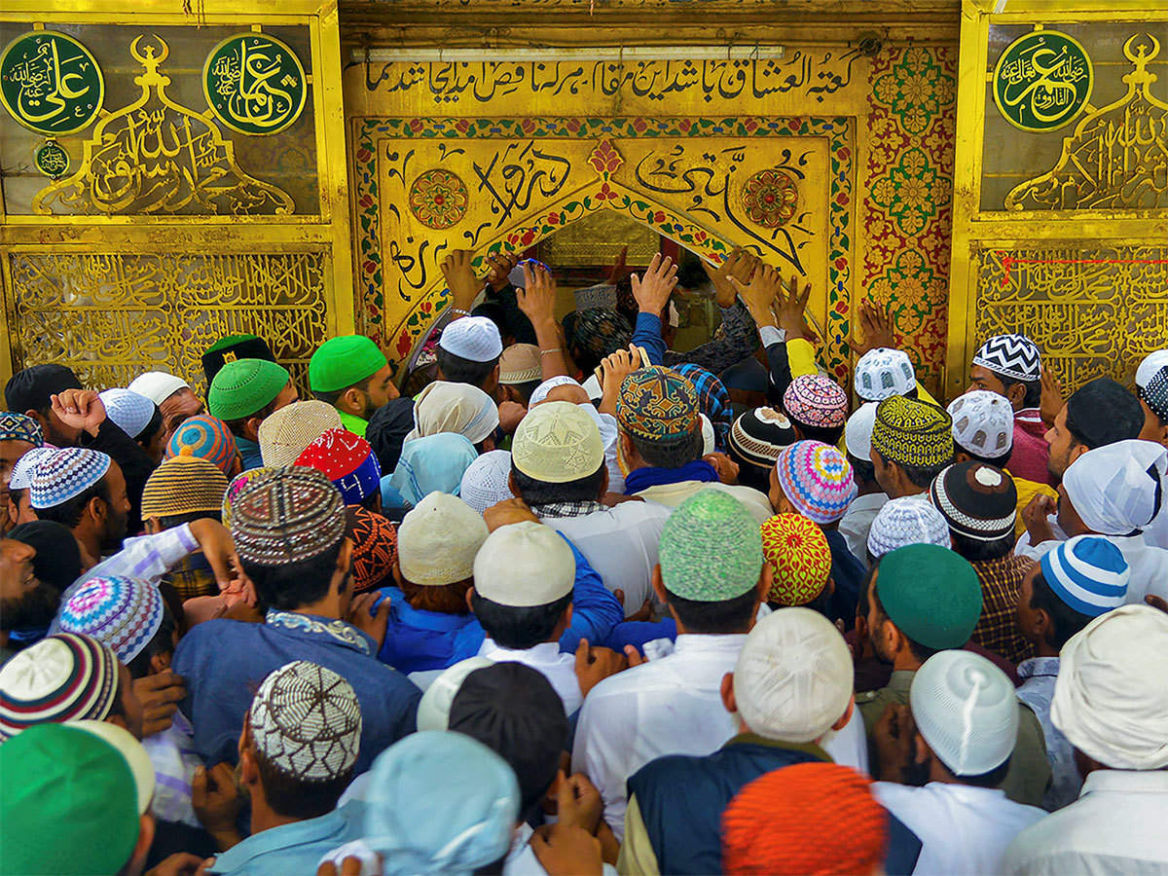 Door of heaven opens on URS, EID, Bakrid and URS of Khwaja Usman Harooni (R.A.) in a year. 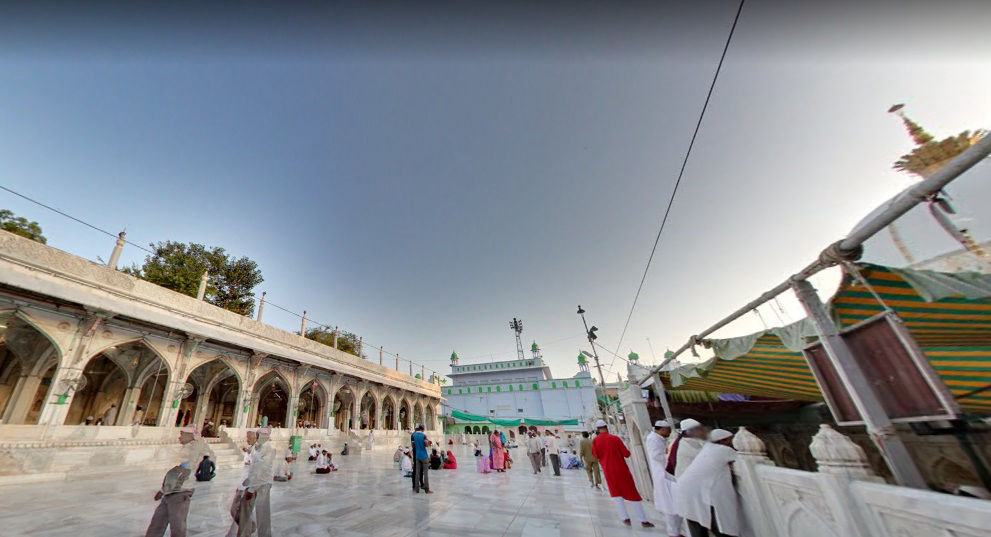 This mosque was erected by Shah Jahan mughal emperor. 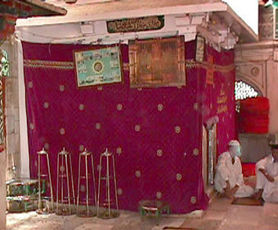 This tomb of Bibi Hafiz Jamal (R.A.) is located in Astana Of Garib Nawaz (R.A.). 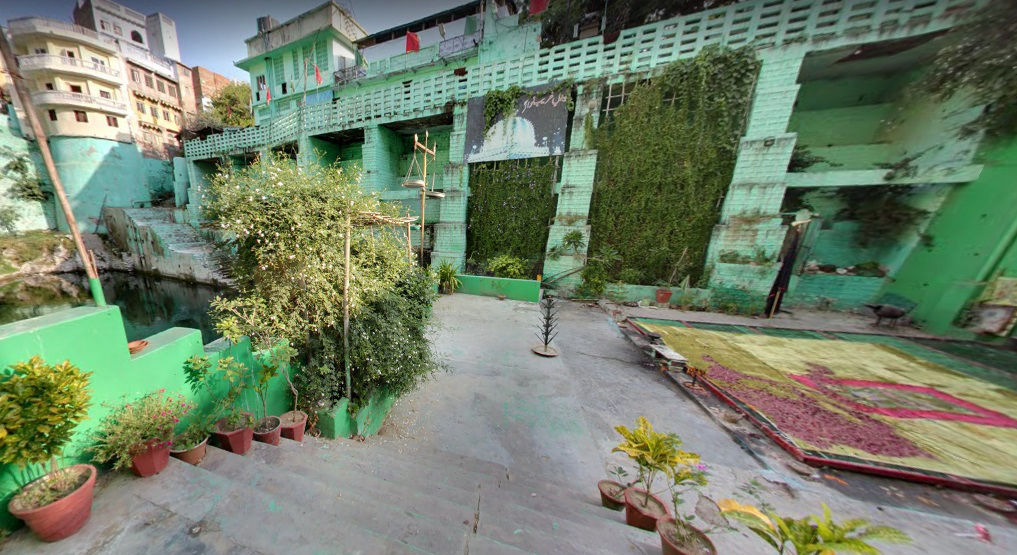 It was the main source of water during the time of Hazrat Khwaja Moinuddin Chishty (R.A.). We still use this natural water for daily use in Dargah Premise. 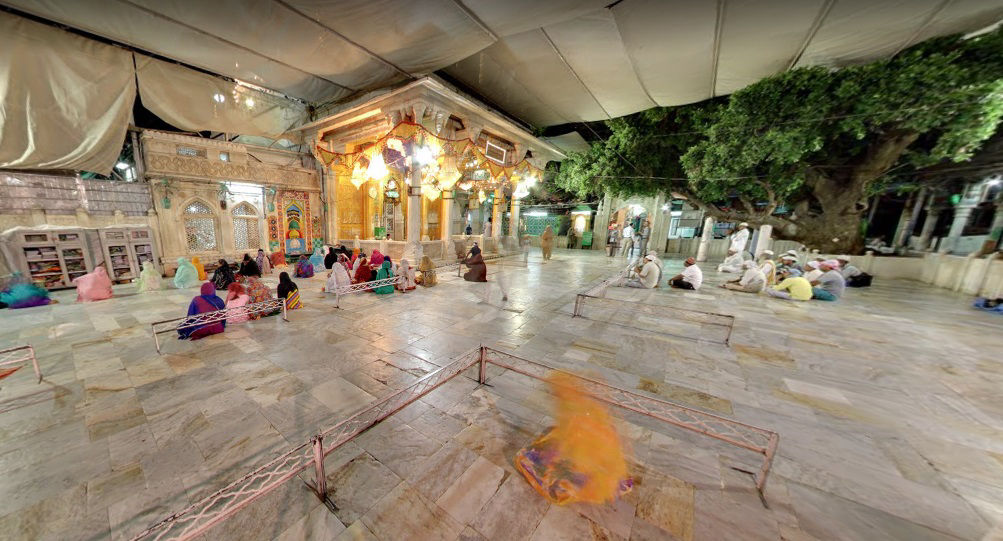 A place where women also can pray.

Chishty cultural functions are celebrates there.

A place where Arangzeb (R.A.) hear the voice of Khwaja Garib Nawaz (R.A.) which giving him a name (Alam Geer Hujjati). This masjid is too small and too close with Sandli masjid, that why it's not use as other masjids are in used. People only pray here like they pray in home. 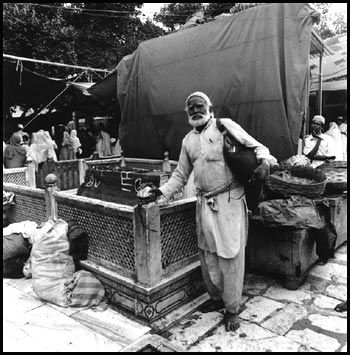 This man was a water man who use to supply water in the Goat skin. He was filling water in his water bags suddenly he saw a man is drowning in River Jamuna. He just throw him self and saved that man. That man was Mughal Empror Humayun Father of Akbar the great. He was drowning during his war with Sher shah Suri. 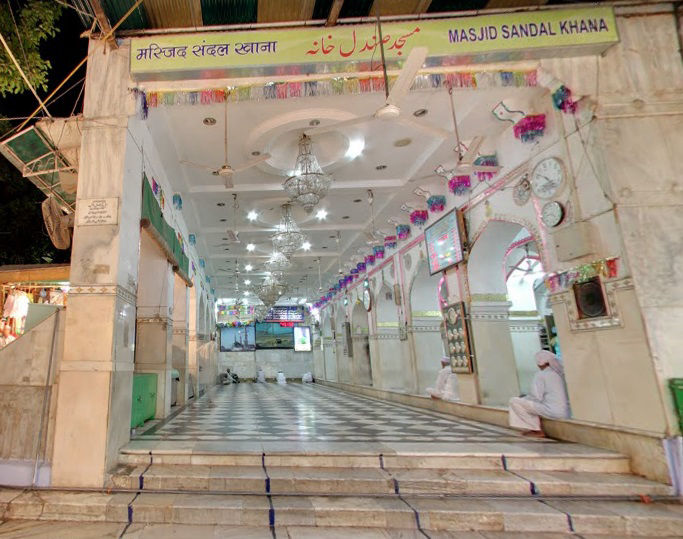 This Mosque was erected by the mughal emperor Aurangzeb (R.A.) the elder son of Shah Jahan, who build the Taj Mahal. 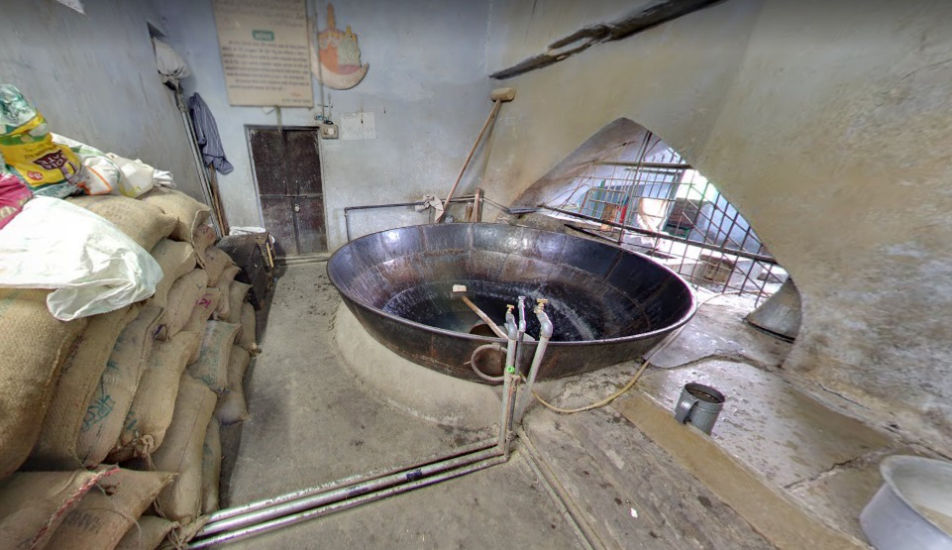 Langar Khana is a free public kitchen where about 5 mounds of barley meal is cooked twice a day and distributed to the poor without any discrimination.